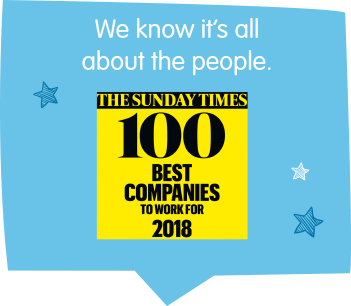 Paul was born in Cottingham the youngest of four children to Hull Fruiterer Ron Sewell.

After a brief flirtation with professional football he went to Leeds University where he gained a first class degree in Construction.

He then went on to work for a national construction company before coming back to Hull to join fellow Graduate Dennis Sewell at his family company as a Chartered Builder.

Together they took the small East Hull builder to be a leading construction company in the area, and then diversified into Development, Facilties Management and Petrol Retail to become the Sewell Group by the turn of the millennium.

Paul says “I was brought up in a family business and no matter how big Sewell gets I want to retain that feel and values and approach. In my opinion “Mittlestand” companies like ours are a bedrock of economic growth, innovation and customer service.”

Always interested in training and coaching from his teenage qualification as a Football Association Coach, he took over the training function at Sewell from the outset working with the Construction Industry Training Board CITB.

He pioneered Investors in people in the area in the 90s and Sewell became an “Outstanding Investor in People” by 2000, and then went on to appear in the prestigious Sunday Times Top 100 Best places to work 2009-11 peaking at No7.

He comments “For me it is about organisational culture, and this collective DNA and shared values are shaped by Leadership. The Sunday Times listings are therefore a career highlight for me”

Paul has always worked outside of the company in Civil Society.

He has been President of the Chamber of Commerce, Chair of Subregional Development Agencies Humber Forum and Humber Economic Partnership, and a Director of Hull Urban Regeneration Company City Build.

He is currently a Director of the Humber LEP, Chairing the Business Development Board.

He is also a founder and Director of For Entrepreneurs Only which helps start up and growing businesses in the area.

He brought the prestigious Yorkshire International Business Convention and a host of big names to the area in 2004 and founded Business Week on the back of it in 2005.

“Working outside the business not only gives something back to the communities we serve but gives a better perspective on how to do that. However, nothing beats working with our super talented and passionate teams within Sewell.”

Paul has had recognition for his work both inside and outside of the company.

He was awarded an OBE by the Queen in 2011 for services to Business and the community of Hull, and an Honorary Doctorate by the University of Hull a year prior.

The Institute of Directors recognised his contribution to the Yorkshire economy in 2007 and gave him their Lifetime Achievement Award in 2015, as did the Hull Daily Mail in 2014.

“I feel very spoiled and humble at this stuff but fully realise that I accept any recognition on behalf of the great people I have worked with over the years.

You can order a copy of Paul’s memoir ‘Half a Lettuce’ published in May 2020, here.